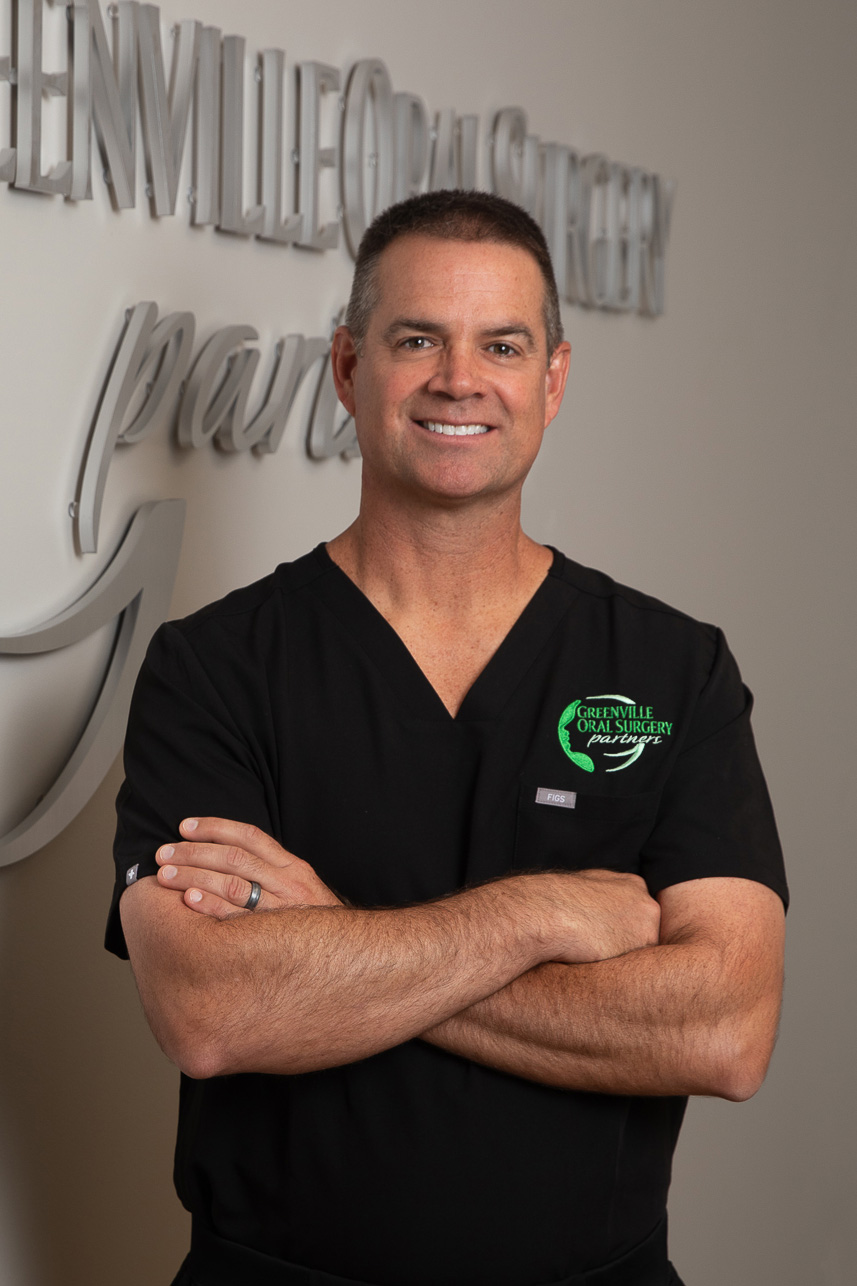 Dr. Derek T. Dunlap was born and raised in Mauldin, South Carolina. He completed his Bachelor of Science degree in Biochemistry at Clemson University in 1994 and received his Doctor of Dental Medicine (DMD) degree from the Medical University of South Carolina in 1998. Dr. Dunlap then completed his residency in Oral and Maxillofacial Surgery at the Medical University of South Carolina. He has been in private practice since completion of his residency training in 2003 at Greenville Oral Surgery Partners. He has been practicing between the HWY 14 and Duncan location since it opened in February 2004. He is now beginning to see patients alongside Dr. Larry Cobb at our Cleveland Street location. Doctor Dunlap achieved his Diplomate status with the American Board of Oral and Maxillofacial Surgery in 2005.

Doctor Dunlap practices the full scope of Oral and Maxillofacial Surgery, but his special interests include wisdom teeth, dental implants, and orthognathic surgery. In his spare time, he enjoys playing golf, being outdoors, and spending time with his wife, Renee, and their three beautiful children.

We have 4 locations in the

For any inquiries please email

“I got a referral from my boss to Greenville Oral Surgery. I had a root canal and crowned tooth that had failed. Dr. Wilson was awesome!!! The whole staff was wonderful. Unfortunately, they had to extract my tooth. The process went so smooth and seamless I appreciate everybody there I highly recommend this group.”

Ready for a better smile? We're here for you

At Greenville Oral Surgery Partners, our goal is to treat all our patients like family. With years of surgical experience and advanced training, our surgeons can handle all of your oral and maxillofacial surgical needs safely and efficiently.

Teeth in a Day